Operators ensure there is a focus on effective quality management during the building of a pipeline through an organized framework, often referred to as a Construction Quality Management System, or QMS. All this effort helps to mitigate the chance for an issue, such as a leak, to arise either during start up or years later because of a poor construction practice. If there is a focus on increasing quality assurance during construction, then the chance for a leak or rupture is decreased significantly, progressing towards the industry’s goal of zero incidents. The guidance in API Recommended Practice (RP) 1177, Recommended Practice for Steel Pipeline Construction Quality Management Systems, establishes minimum processes for companies that own and operate pipelines, as well as those that construct them.

Similar to other API RPs and Standards, API RP 1177 was developed by the individuals that will be using the document the most, those that own, operate, and construct pipelines. Plus, external stakeholders, such as the public and the regulators, were engaged, ensuring all groups involved in pipeline safety have an opportunity to shape the final guidance. 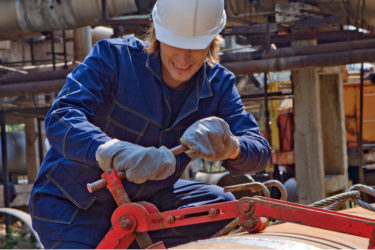 A QMS must have certain requirements to be effective.